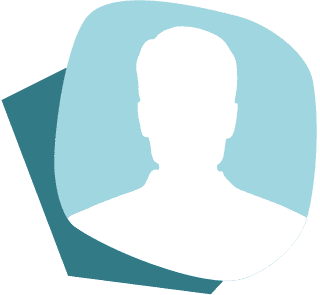 It is difficult to study such large-scale data collection, data mining, and their effect on public services like smart traffic control in field studies. Commonly, simulation in virtual reality worlds is used instead to derive an evaluation. In this work, a new concept and framework for augmented virtual reality simulation is introduced, suitable, but not limited to, to investigate large-scale socio-technical systems. Mobile agents are used to combine in-field ubiquitous Crowdsensing, e.g., performed by mobile devices, with simulation. The agents can operate both in real and virtual worlds including games and fusion both worlds be seamless migration. Agents are loosely coupled to their environment and platform and interact with each other via Tuple Spaces (generative communication) and via unicast or broadcast signals. Mobility is provided by agent process snapshot migration between platforms.

The agents are programmed in JavaScript and executed by the JavaScript Agent Machine (JAM) that can be deployed on a wide range of host platforms (mobile devices, servers, IoT devices, WEB browser). Simulation is performed by the Simulation Environment for JAM (SEJAM), extending JAM with a simulation layer providing visualization of 2D- and 3D worlds and an advanced simulation control with a wide range of integrated analysis tools. Each JAM node is capable to process thousands of agents concurrently. JAM and SEJAM nodes can be connected in clusters and in the Internet (of Things) enabling large-scale "real-world"-in-the-loop simulations with Millions of agents.

Such large-scale simulations producing Big Data and can offer an enhanced statistical strength beyond Big data analysis by understanding correlation between data and cause. Due to the loosely coupling of agents the emergence of strong heterogeneous Multiagentsystems and their cooperation can be investigated with one unified framework without disruption. Agents can represent different behaviour, goals, and individuals like chat bots, machines, robots, or artificial humans and their interaction with virtual and real individuals. We expect to simulate large-scale agent societies with agent population beyond one Million individual agents to get statistical strength. Agents are mobile with respect to networks of processing platform in the real world and with respect to the location and interaction domain in virtual worlds. The agent behaviour, planning, and decision making is based on an individual and global (domain specific) knowledge base.

Stephen Guy
education
In the conference there is the requirement to present the papers that are based on research work. Sometimes you have to utilize essayroo that is the common source for grabbing the instructions that are related to everything.